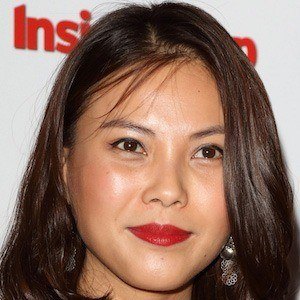 Notable for her series regular role as Lily Chao on the BBC One series Casualty, as well as for her appearances on CBBC and ITV series such as Spirit Warriors and Diamond Geezer, she is also known for her work in the films Shanghai (2010) and Will (2012).

During her teenage years, she made her television debut in a 2003 episode of the Sky One series Dream Team.

She trained at England's Elmhurst School of Dance and Performing Arts and went on to participate in a dance outreach program with the Jack Petchy Foundation and the Royal Academy of Dance.

She spent the first eleven years of her life in her native Hong Kong and the remainder of her childhood in England.

She and Oliver Coleman both became known for their roles on Casualty.

Crystal Yu Is A Member Of