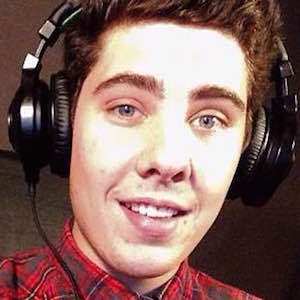 YouTube and Twitch star known for his comedic commentary on indie and underground games. He calls his community of over 70,000 YouTube subscribers his "Peep Nation." Marshmallow Peeps appear in several of his videos as a result.

He created his YouTube channel in 2013 and created his Twitter account to accompany it, when he started getting more subscribers. He started putting more into his channel when he graduated high school and decided to take a gap year.

He loves music and plays the guitar, bass, and drums. He also plays hockey, lacrosse, and baseball.

His name is Zac and he has lived in Toronto. He has both a younger sister and a younger brother.

He has said that PewDiePie was his favorite YouTuber when he was younger.

CurriePlays Is A Member Of