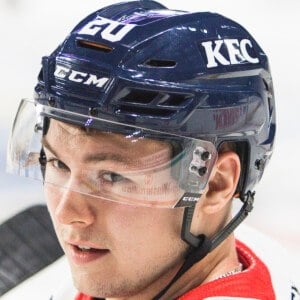 Famous as a professional ice hockey center with the Ottawa Senators, he was a 2013 first round NHL draftee to the team. Also a one time captain of Team British Columbia, he led the team to a gold medal at the 2011 Canada Winter Games.

He played his junior career for the Western Hockey League team the Edmonton Oil Kings.

He and his teammates won gold at the Ice Hockey World Junior Championships of 2015.

He and his siblings Cory, Jenna, and Ryan grew up in Vernon, British Columbia, as the children of Karen and Dave Lazar.

As a child, Lazar was inspired by the career of Canadian ice hockey center Joe Sakic.

Curtis Lazar Is A Member Of