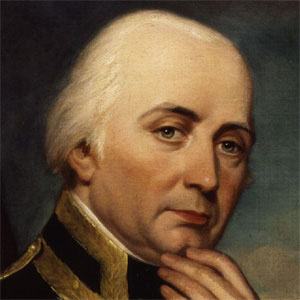 English war hero who was an admiral of the Royal Navy and known for his involvement in many British victories of the Napoleonic Wars. He partnered with Lord Nelson in many of these victories.

He volunteered on board the HMS Shannon when he was 12 years old and he later fought in the British naval brigade at the Battle of Bunker Hill in 1775.

He was appointed Commander-in-Chief, Mediterranean Fleet in 1805.

His cousin was Captain Richard Brathwaite whom he went to sea with when he was twelve and he married Sarah Blackett.

Like him, explorer Thomas Crean joined the Royal Navy.

Cuthbert Collingwood Is A Member Of