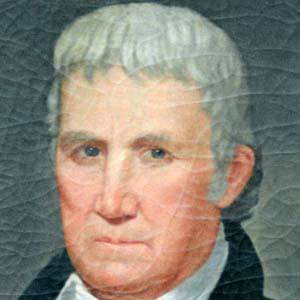 Remembered for his service during the American Revolution in both the South Carolina Militia and the Continental Army, this planter contributed significantly to the agricultural and political systems of eighteenth-century South Carolina.

Born in Virginia, he initially swore allegiance to Great Britain; however, after 1776, he became dedicated to the cause of colonial independence from England.

His Confederate soldier grandson, Robert Adams II, was the inspiration for a 2007 motion picture titled The Last Confederate: The Story of Robert Adams.

His marriage to Grace Weston resulted in seven children. His sons William and Joel became members of the South Carolina House of Representatives, and his grandson James Hopkins Adams served as Governor of South Carolina.

He was a contemporary of American Founding Father Thomas Jefferson; both men were also born in Virginia.

Joel Adams Is A Member Of