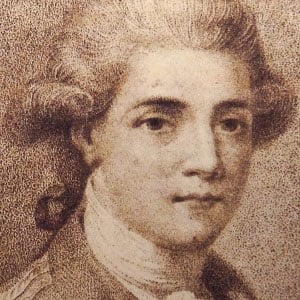 Remembered for his association with American Revolutionary War traitor Benedict Arnold, this British Army soldier was put to death by America's Continental Army for his acts of espionage.

After graduating from the Westminster School in England, he joined the British Army and was initially stationed in Canada. After being captured by Continental Army general Richard Montgomery, he was held captive in Pennsylvania.

A speaker of four languages and a singer, painter, and light verse writer, he charmed many of his American contemporaries. United States Founding Father Alexander Hamilton, in fact, bemoaned Andre's execution.

He was born in London, England, to a French mother and a Swiss father.

During his time in Philadelphia, Pennsylvania, he lived in the home of Benjamin Franklin and may have stolen several of Franklin's prized possessions.

John Andre Is A Member Of