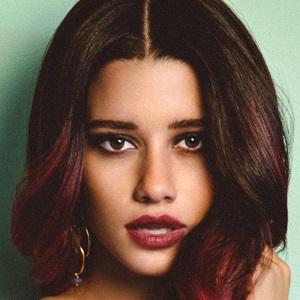 Lebanese actress and MTV veteran beginning in 2009 who has appeared on shows such as @MTV, NRJ Music Videos, NRJ Spinmag, Go Green, Preview, Killer Karaoke, and Coke Studio. She has been in pan-Arab drama productions as well, including Ruby, Jouzour, Khtarab El Hay, and 10 Abid Sghar.

She was 11 years old when made her acting debut in a supporting role in two episodes of Abdo w Abdo.

She was born to a family of art lovers and spent most of her childhood in an authentic town by the sea.

She was born on the same day and in the same year as fellow actress Steffani Brass.

Cynthia Khalifeh Is A Member Of