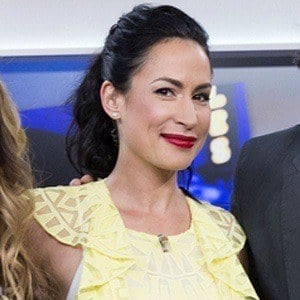 Canadian television show host and personality who is widely recognized for hosting the CTV program The Social. She is also known for having created the online hub Find Your Pleasure where readers could discuss love, sex, and relationships.

She has been a guest lecturer at several academic institutions including the University of Toronto and Sheridan College.

She and her husband Jason welcomed their first son Jaya in 2014.

Throughout her career in television she has had the opportunity to interview a number of celebrities including actor Ryan Reynolds.

Cynthia Loyst Is A Member Of