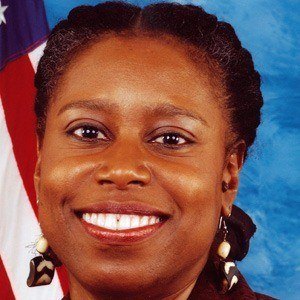 Green Party nominee in the 2008 Presidential election who became the first African-American woman to represent Georgia in the House of Representatives in 1993. She is known for her controversial beliefs that Bush knew about the September 11th attacks before they occurred.

She attended USC and Tufts University where she studied Law and Diplomacy.

She supported unsealing records about the CIA's role in assassination of Martin Luther King Jr., and the murder of Tupac Shakur and continued to criticize the Bush Administration over the 9/11 attacks.

She criticized Al Gore During the 2000 Presidential campaign.

Cynthia McKinney Is A Member Of