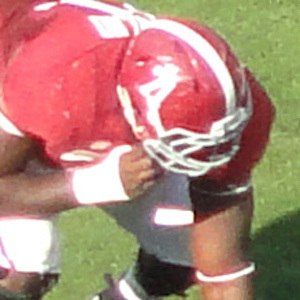 Offensive lineman who won back-to-back BCS National Championships as a member of the Alabama Crimson Tide in 2012 and 2013. He was later drafted by the Buffalo Bills in the second round of the 2014 NFL Draft.

He was considered a five-star recruit by publications like Scout and Rivals coming out of DeMatha Catholic High School.

He was a First-Team All-SEC selection for the 2013 college football season.

His brother Arie has has also played on the offensive line at the University of Alabama.

He and highly-touted wide receiver Sammy Watkins were both drafted by the Bills in 2014.

Cyrus Kouandjio Is A Member Of