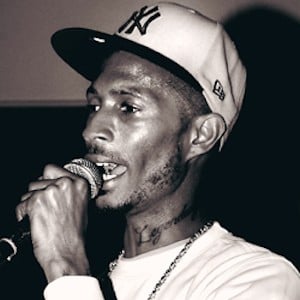 He previously worked with members of the N.A.S.T.Y Crew but had a disagreement with them. This led to the creation of Newham Generals in 2004.

He has put out singles as a solo artist called "Street Fighter Riddim," "Pumpin' It Out" and "Be Like Me," as well as an EP titled Bluku Bluku.

He was born Darren Dixon in Forest Gate, East London. His parents exposed him to a variety of raggae and rap music as he was growing up.

He and the Newham Generals signed with Dizzee Rascal's Dirtee Stank record label in 2005.

D Double E Is A Member Of