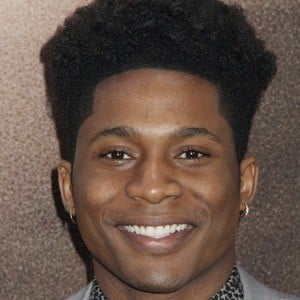 Television actor who is widely recognized for having portrayed Darnell Hayes on All American. He also appeared on 8 episodes of Grown-ish between 2018-2019.

He made his professional acting debut on an episode of Jessica Jones.

He was cast in The Way Back which starred Ben Affleck.

Da'Vinchi Is A Member Of