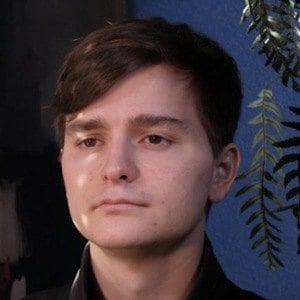 Social media commentator who has gained fame for his DaftPina YouTube channel. His reviews of YouTube animation personalities have helped him grow a significant following on the platform.

He began his YouTube channel in February 2015 and previously reviewed video games as well as animated television shows.

He has amassed more than 260,000 YouTube subscribers. He surpassed the 100,000 subscriber milestone in December 2018. He began attending college for film.

He was born and raised in Texas. He had pectus excavatum before undergoing surgery in 2016.

He is good friends with fellow YouTuber Puffer Fish and the two often write scripts together.

DaftPina Is A Member Of