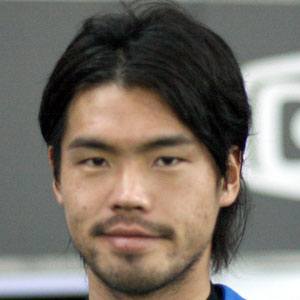 Japanese midfielder who was a 2-time All Star in the top Japanese league before joining the MLS with the Vancouver Whitecaps FC in 2013.

He spent his first 4 professional seasons with the Tokyo Verdy, where he won both the Emperor's Cup and the Japanese Super Cup.

He played for the Japanese national team in 2006.

He was born to Taso and Ryoko Kobayashi.

He signed into the MLS with the Vancouver Whitecaps FC, a team partially owned by Steve Nash.

Daigo Kobayashi Is A Member Of