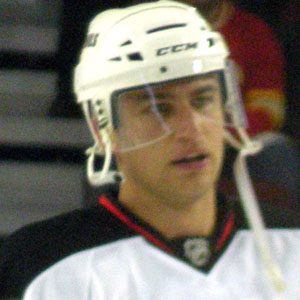 Lithuanian NHL forward who joined the New Jersey Devils in 2007. He helped the San Jose Sharks reach the Stanley Cup Finals in 2016.

He moved to Urkraine in his teens to train with Ivan Pravilov on the Druzhba-78 squad.

He became the first Lithuanian to play 1,000 games in the National Hockey League.

He was raised in Elektrenai, Lithuania.

He joined Zach Parise on the Devils in 2007.

Dainius Zubrus Is A Member Of