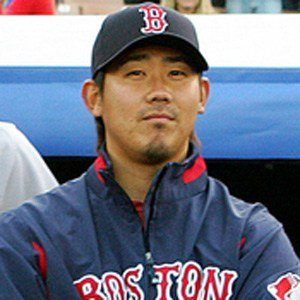 Japanese-born pitcher who began his MLB career with the Boston Red Sox in 2007.

In spite of starting to play baseball in the 3rd grade, his first love was kendo, the Japanese martial art.

He was named the Pacific League Rookie of the Year in 1999.

He was born in Aomori, Japan.

He played alongside second baseman Dustin Pedroia on the Red Sox.

Daisuke Matsuzaka Is A Member Of