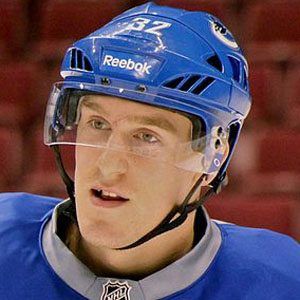 Right winger who made his NHL debut in 2010 with the New York Rangers and joined the Vancouver Canucks the following season.

He played for the Swift Current Broncos in the Western Hockey League.

He played for the Hartford Wolf Pack in the AHL.

He was born in Winnipeg, Manitoba, Canada.

Goalie Henrik Lundqvist was his teammate on the Rangers.

Dale Weise Is A Member Of