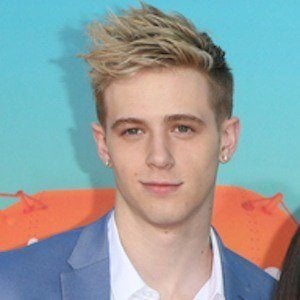 Canadian actor who gained fame in the US for his role as Caleb in the 2015 Nickelodeon series Make It Pop. He previously appeared in the series Max and Shred for a couple of episodes and also had a recurring part on Degrassi: The Next Generation.

His first ever acting gig was in a Care Bears commercial.

After beginning his career with commercial work and taking a brief hiatus from acting, he returned to the screen in 2012 by appearing in an episode of Life with Boys.

He landed a starring role in Make It Pop alongside Erika Tham.

Dale Whibley Is A Member Of