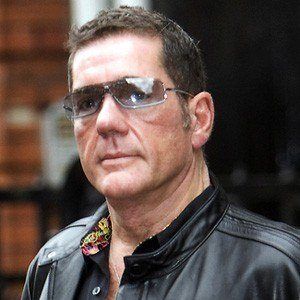 Host of Dale's Supermarket Sweep and The National Lottery: In It to Win It. He also worked as a radio DJ.

He started DJ'ing in local English clubs in 1972.

He hosted Celebrity Fit Club and Stars Reunited. He played a game show host in the 1996 film Trainspotting. He appeared in multiple films and television series', often portraying himself in the role.

He was brought up by his mother actress Sheree Winton. His father died on the day of his bar mitzvah.

He made his fourth guest appearance on Friday Night with Jonathan Ross in 2004.

Dale Winton Is A Member Of