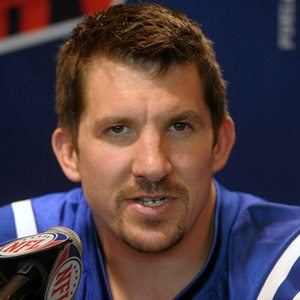 2009 NFL Tight End of the Year who helped the Indianapolis Colts win the Super Bowl in 2006. He made over 500 receptions for more than 5,000 yards over the course of his career.

He was a star in football, basketball, track and field, and baseball in high school.

He recorded a career high 183 receiving yards against the Miami Dolphins on September 21, 2009.

He married Karen Clark and he has a son named Dane.

He was a reliable target for Peyton Manning, who loved to find him open in the middle of the field during each stage of a football game.

Dallas Clark Is A Member Of