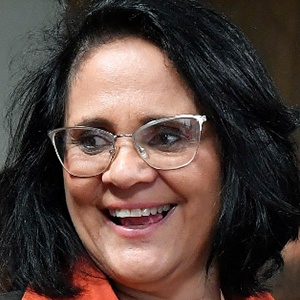 Attorney and politician who is known for having served as Minister of Women, Family and Human Rights under Brazilian President Jair Bolsonaro. She is also known for her work as a pastor and serves at the Church of the Foursquare Gospel and the Baptist Church of Lagoinha in Belo Horizonte.

She graduated in Law from the Faculdades Integradas de Sao Carlos and started working at the Municipal Bureau of Tourism. She then served as a legal adviser at the National Congress for more than 20 years before she was appointed by Jair Bolsonaro.

She is known for her preaching sermons including one where she described her vision of Jesus perched in a Guava Tree.

She was born and raised in Paranagua, Parana, Brazil and has an adopted daughter.

Damares Alves Is A Member Of