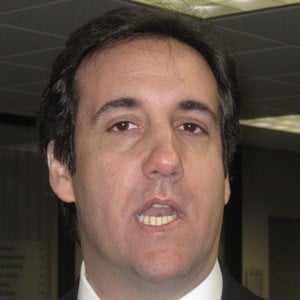 Best known as a friend and advisor to mega successful entrepreneur and U.S. President Donald Trump. He has often been thought of as Trump's "attack dog" and has defended the businessman in numerous interviews and court cases.

He has been entangled with Trump since 2007 when he began working with him in real estate.

Since the beginning of his friendship with Trump, he has become a member of the board at the Eric Trump Foundation and the COO of Affliction.

He grew up in Long Island, New York. His father is a survivor of the Holocaust.

Michael Cohen Is A Member Of