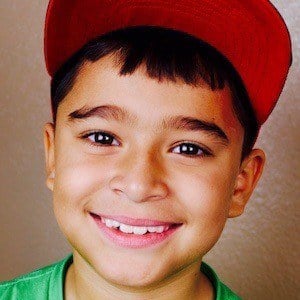 YouTuber and one-half of the Damian & Deion in Motion channel. He has gained popularity there for his toy reviews, challenge completions, pranks, and personal vlogs alongside his brother Deion.

He appeared in his YouTube channel's second ever video, "Damian bowling in slow mo," which was posted on June 3, 2015.

He has amassed more than 850,000 subscribers to his YouTube channel. One of his most popular videos there, "Hot Chips Challenge," has earned more than 3 million total views.

His father is often featured alongside he and his brother in their YouTube vlog entries. In addition to Deion, he also has another brother named Dominick.

He and his brother met Cody Veith at Vidcon 2017.

Damian in Motion Is A Member Of