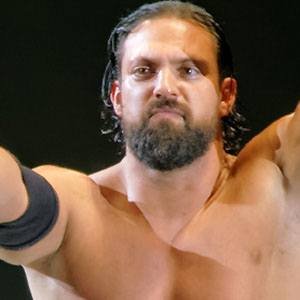 Born Aaron Haddad, professional wrestler best know for his time in the WWE. He was released by the WWE in 2016.

He began his wrestling careers with World Wrestling Alliance.

He has yet to win a championship in the WWE. He once wrestled under the name Idol Stevens. Throughout his wrestling career, he did gimmicks such as impersonating other wrestlers, as well as famous icons like Sherlock Holmes.

He was born in Worcester, Massachusetts.

He defeated Zach Ryder on June 29, 2012 which led him to qualify for the World Heavyweight Championship Money in the Bank ladder match.

Damien Sandow Is A Member Of