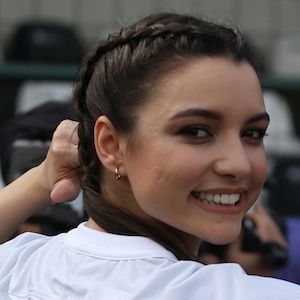 Actress who got her big break when she was cast as Eylem on the popular Show TV police show İçerde. She previously had recurring roles on the shows Kara Para Aşk and Hayat Mucizelere Gebe, the latter of which is a Turkish remake of Jane the Virgin.

She grew up in Karşıyaka before moving to Istanbul in 2013. She studied acting at Dokuz Eylül University.

Her series İçerde broke the record for being the most watched Turkish series on YouTube, with the first episode having been viewed more than 11 million times.

Her parents are Erhan and Ayten Colbay.

She appears alongside Cagatay Ulusoy on İçerde.

Damla Colbay Is A Member Of