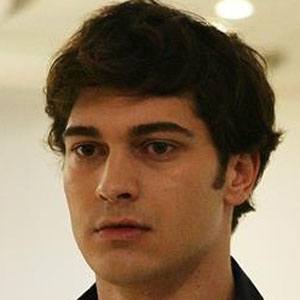 Turkish model and actor who won Best Model of Turkey 2010 and acted in the television show Adini Feriha Koydum.

He studied at the University of Istanbul.

Anadolu Kartalları, which means Anatolian Eagles, was his break-through film.

He grew up with his family in Istanbul, Turkey. He has a brother named Atalay, and his parents are Aylin and Refiye.

He was cast alongside Serenay Sarikaya in the series Medcezir.

Cagatay Ulusoy Is A Member Of