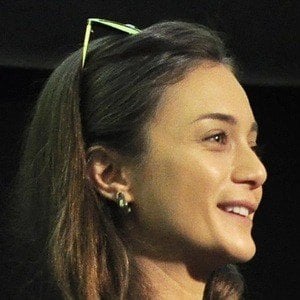 Turkish actress known for her roles in the movies Bornova Bornova and Last Stop: Salvation, as well as on the TV show Subat.

She studied acting at Université de La Sorbonne Nouvelle in Paris and at Yeditepe University in Istanbul. She made her TV debut in 2004.

She won several awards for her performance in Bornova Bornova and is fluent in English and French.

She was born to Figen and Muammar in Istanbul.

She appeared alongside Kenan Imirzalioglu in A Long Story.

Damla Sonmez Is A Member Of