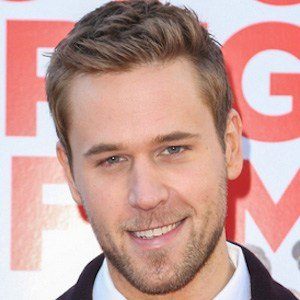 Actor who is best known for portraying Prince William of Wales in the Hallmark channel original film, William & Catherine: A Royal Romance. The film premiered on the network on August 27th, 2011.

He was admitted early, as a junior in high school, to the Carnegie Mellon School of Drama. Soon after graduating in 2006 with a degree in acting and musical theater, he moved to New York City to further pursue his acting career.

He has appeared extensively in regional and Off-Broadway theater. Additionally, he has made guest appearances on various TV shows, including Inside Amy Schumer and Person of Interest.

He was born and raised in the suburbs of Detroit, Michigan.

He appeared in the First National Tour of Joseph and the Amazing Technicolor Dreamcoat alongside Donny Osmond.

Dan Amboyer Is A Member Of