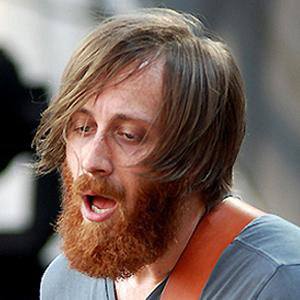 Guitarist and vocalist with The Black Keys known for such hits as "Lonely Boy" and "Everlasting Light." The band's album Brothers won three Grammy Awards.

He was the captain of his high school soccer team. His love of the blues was ignited by listening to records that belonged to his parents.

He has won numerous Grammy Awards, including the Award for Producer of the Year, Non-Classical at the 2013 Grammys.

He has a daughter named Sadie with ex-wife Stephanie Gonis, whom he divorced in 2013. In 2015, he married Jen Goodall; they later welcomed a child. He was born to a French teacher named Mary Little and an antiques dealer named Charles Auerbach.

His cousin is the late Robert Quine.

Dan Auerbach Is A Member Of