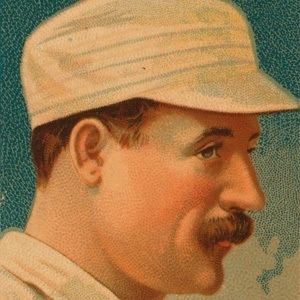 Dominated 19th-century baseball by winning 5 batting titles and 2 home run titles during his career which spanned from 1879 to 1904.

He accidentally killed a fellow baseball player when sliding into home plate when he was 19 years old.

He was the vice president of the first baseball players union.

He had two daughters and two sons with his wife Mary.

He briefly held the record for most career home runs before it was broken by slugger Babe Ruth.

Dan Brouthers Is A Member Of