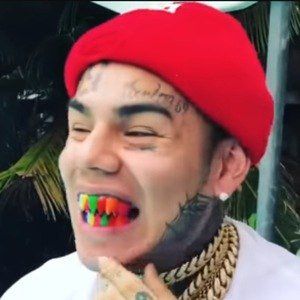 He found his first fanbase in Slovakia and many of his first songs were released under the Slovakian label FCK THEM.

Famous Dex was featured on his single "Zeta Zero 0.5." He took the pseudonym Tekashi from a tattoo artist he used to frequent in his neighborhood growing up. After his release from prison in May 2020, he broke the YouTube record for the biggest 24-hour debut in rap.

His real name is Daniel Hernandez. He is from Brooklyn, New York. He has an older brother named Oscar Osiris. His stepfather was murdered when he was 13 years old. He had a daughter named Saraiyah Hernandez with Sara Molina. His second daughter, Briella Iris Hernandez, was born in November 2018. In 2018, he began dating OhSoYouJade, who has been featured in a number of his music videos; the couple split in 2021.

In summer 2018, he collaborated with Anuel AA on the song "BEBE." The music video for the song has earned more than 1 billion views on YouTube.

6IX9INE Is A Member Of