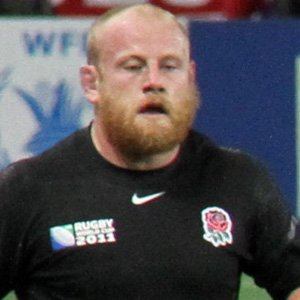 English rugby union player who became known as a prop for the Leicester Tigers and the England national rugby team.

He made his rugby debut in 2007 for EDF Energy Cup.

He helped the Tigers win the 2009-2010 Guinness Premiership.

He was joined by Ben Youngs on the Tigers in 2006.

Dan Cole Is A Member Of