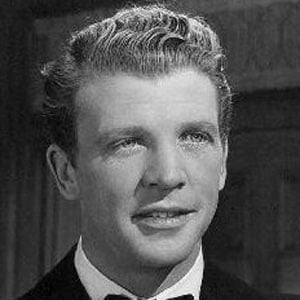 Golden Globe winner for his role as Governor William Drinkwater in the TV series The Governor & J.J., who also appeared in the 1937 Broadway musical Babes in Arms and film musicals such as There's No Business Like Show Business and It's Always Fair Weather.

He made his stage debut in a minstrel show when he was 6 years-old, later performing in vaudeville shows.

He received an Oscar nomination in 1948 for his performance in When My Baby Smiles at Me, and in 1949 he recorded four songs for Decca Records with the hugely popular Andrews Sisters.

He was the son of James J. and Helen Dailey. His sister, Irene Dailey, was also an actress.

He starred opposite Ethel Merman in There's No Business Like Show Business.

Dan Dailey Is A Member Of