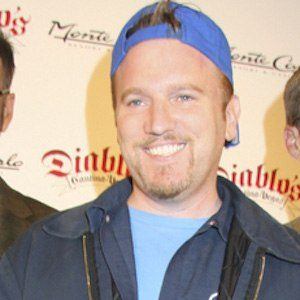 Creator and lead vocalist of the comedy band The Dan Band who were featured in a one hour concert special on Bravo called Dan Finnerty & The Dan Band: I Am Woman. He is perhaps best known for singing performances in the Todd Phillips' comedy films Old School, Starsky & Hutch and The Hangover.

He was a graduate of Emerson College. He performed in the off-Broadway show Stomp.

He originated the role of Lonny in the Los Angeles premiere of Rock of Ages.

He married Kathy Najimy in 1995 with whom he has a daughter named Samia Finnerty.

Steven Spielberg executive produced his concert special Dan Finnerty & The Dan Band: I Am Woman and cast Dan in his film The Terminal.

Dan Finnerty Is A Member Of