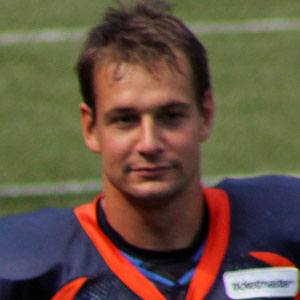 NFL tight end who joined the Cleveland Browns in 2013, after 2 seasons as a free agent.

He was an honorable mention for All-ACC honors at the University of Maryland.

Dan Gronkowski Is A Member Of