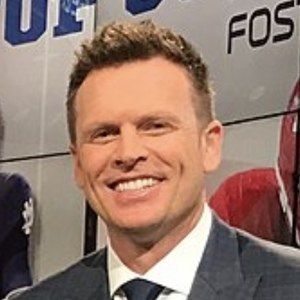 Before anchoring the NFL Network's sports coverage, he was a lead sportscaster for Washington D.C.'s WRC-TV NBC station and for Orlando, Florida's WFTV ABC affiliate.

After earning a broadcast journalism degree from the University of Tennessee, he worked for Minnesota and South Carolina television stations.

He received an Associated Press Award for a bull riding-themed feature.

He spent his earliest days in Manila, Philippines, and the bulk of his childhood in Gaithersburg, Maryland, U.S.A. After living for periods of time in Florida and Washington, D.C., he settled in Southern California with his wife and children.

Dan Hellie Is A Member Of