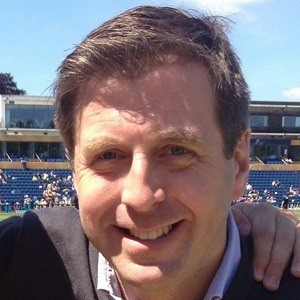 English sportscaster who is widely known for his career presenting the 5 Live sports show for Radio 5 Live. He has also served as a regular host for the BBC, including for their rugby coverage.

He graduated with a dual degree in French and business studies from the University of Hull.

He had his first book Heroes, Hairbands and Hissy Fits: Chappers' History of Modern Football published in 2010. He has also served as a regular columnist for Shoot Monthly magazine.

He and his wife Sara have three children together, named Jessie, Ben, and Milly.

He presented the BBC One soccer highlight show Match of the Day 2 alongside Colin Murray in 2013.

Mark Chapman Is A Member Of