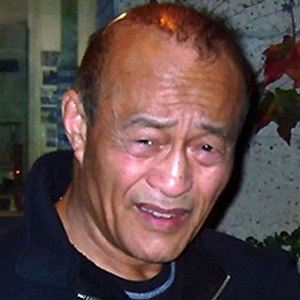 Filipino-American Jeet Kune Do expert and instructor who is one of the last living students of Bruce Lee.

He became one of three fighters to be certified by Bruce Lee in the early 1970s.

He has had film roles in The Killer Elite, Redbelt, and Big Stan.

He has three children: Diana, Lance, and Danielle.

He acted with Chiwetel Ejiofor in the 2008 martial arts film Redbelt.

Dan Inosanto Is A Member Of