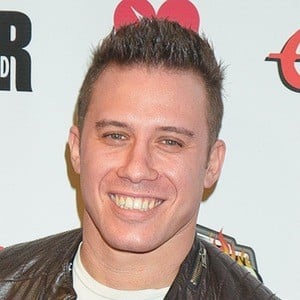 Guitarist most famous for being a founding member of the influential American metalcore act Atreyu. He is also the founder of the keychain company Pluginz as well as the merchandising company Rock World.

He grew up in Orange County, California and was a member of a band called Dreaming In Blue in high school.

He has dabbled in the world of stand-up comedy.

He is the child of divorced parents.

He founded Atreyu alongside Alex Varkatzas in 1998.

Dan Jacobs Is A Member Of