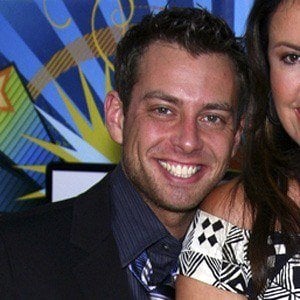 Choreographer for music stars like Britney Spears and Jessica Simpson rose to fame on So You Think You Can Dance's American, Australian, and Canadian versions.

Studying dance from an early age, he made his Broadway debut his junior year of college, soon after dancing for major pop stars.

He also regularly appeared as a mentor on The X Factor, The Ultimate Dance Battle, and, not limited by language constraints, the Dutch-Belgian verson ot SYTYCD.

He was born in New York City, both of his parents Broadway performers.

Growing up, he was influences by the modern sound of hip hop and the classic dancing of Fred Astaire.

Dan Karaty Is A Member Of