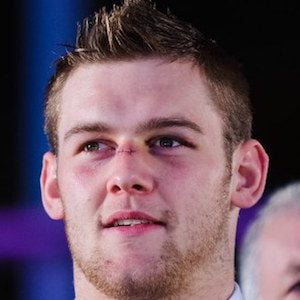 Professional rugby flanker known for his play with the Welsh national team. He represented the country in both the 2011 and 2015 Ruby World Cups and spent time with the British and Irish Lions in 2013.

He was a key figure on the Welsh U20 team and grew up playing with the Newport Gwent Dragons.

He has an older brother named Jack as well as two older half-brothers and a half-sister.

He and JJ Engelbrecht have played together on the Welsh team Ospreys.

Dan Lydiate Is A Member Of