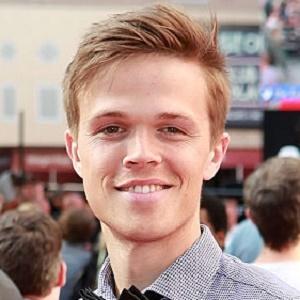 London-based singer-songwriter of acoustic pop/rock music. His mother signed him up for classical guitar when he was 13 years old and at 16, he started to add singing to his guitar playing.

After playing professional soccer as a striker and representing the National U21 Team at the European Qualification Group Stages, he moved to Australia to finish his Bachelor of Business Degree. There he started acting, writing songs, playing live music. He earned a living from the live music scene before deciding to move to London to make it big.

He has done modeling for Men's Health and other high fashion brands. Because of his traveling lifestyle, he speaks multiple languages including English, Danish, Norwegian, Swedish, Faroese (his mother tongue language), Spanish and German.

He was born in Thorshavn in the Faroe Islands, an archipelago in the Kingdom of Denmark which has a population of only 50,000. He has two older sisters.

He co-wrote and released a single with Ivor Novello and Brit Award-winner Sonique, which was produced by Grammy Award-winner Mark Ronson.

Dan Olsen Is A Member Of