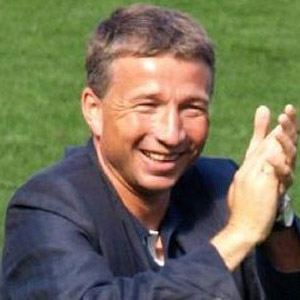 Former soccer player and manager who won 95 international caps as a player for Romania. He was later named Romanian Coach of the Year three out of four seasons in 2008, 2009, and 2011.

He was named to the Overseas Team of the Decade at the Premier League 10 Seasons Awards.

He married a woman named Adriana.

He was recruited to Southampton by Chelsea manager Glenn Hoddle.

Dan Petrescu Is A Member Of