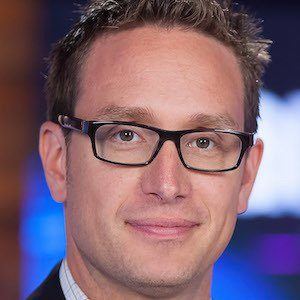 Evolutionary biologist who is best known for his time as a TV host for Canadian and American wildlife series. He has appeared as a host for the Animal Planet TV series Monsters Inside Me. In 2011, he began hosting the long-running Discovery Channel-Canada TV series Daily Planet.

He received his Bachelor of Sciences degree from the University of Alberta. He then attended York University, where he obtained his Masters of Sciences. He then earned his PhD in zoology from Cornell University. He has completed additional post-doctoral studies at Boston University and Brown University.

As a promotion for Monsters Inside Me, he appeared on The Tonight Show with Jay Leno and The Late Late Show with Craig Ferguson. His first book, Mother Nature is Trying to Kill You: A Lively Tour Through the Dark Side of the World, was published on March 4th, 2014.

He was born and raised in Edmonton, Alberta.

He has also appeared on The Dr. Oz Show to promote his work on Monsters Inside Me.

Dan Riskin Is A Member Of