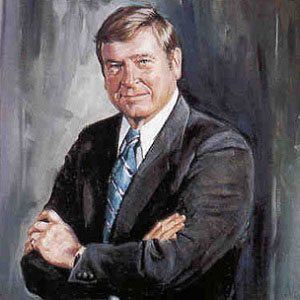 Democrat who was a Member of the U.S. House of Representatives from Illinois's 5th district from 1959 to 1995. He played a major role in formulating tax policy during the Reagan Administration and was convicted of corruption charges in 1994 in connection with the House post office scandal.

He was elected to the Illinois House of Representatives in 1952 when he was still a student at Loyola and only 24 years old.

Between 1981 and 1994 he served as the Chairman of the important House Committee on Ways and Means, which has jurisdiction over all taxation and tariffs.

His father, "Big Joe Rusty", was a Chicago alderman for the 32nd ward.

He was friends with John F. Kennedy and gave speeches on his behalf in southern states when Kennedy was running for President in 1960.

Dan Rostenkowski Is A Member Of