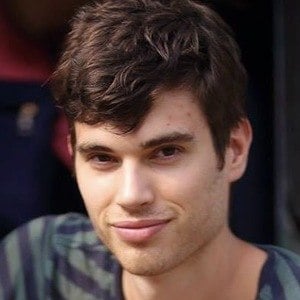 Content creator with a YouTube channel called The New Travel whose mission became to share meaningful stories from around the world while inspiring his audience to have their own travel experiences. He has earned more than 130,000 subscribers.

He studied at the University of British Columbia. He reached 1,000 subscribers in October of 2016, and hit the 1 million total views milestone in January of 2018.

He joined the Amazon Services LLC Associates Program. His most popular video became "10 Things You Should Know Before Moving to Canada."

He has lived in the British Columbia cities of Kelowna and Vancouver. He also lived in Ottawa, Ontario and Winnipeg, Manitoba. He traveled the world with his girlfriend Nari.

He and Luke Martin are both Canadian travel vloggers.

Dan Vineberg Is A Member Of