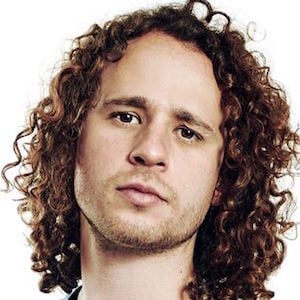 YouTube vlogger with over 6.9 billion total views on his self-titled channel, which is centered around travel and vlogs. His fame also extends to Instagram, with over 30 million followers. In October 2020, he launched his own mobile phone company, PilloFon.

He began his YouTube channel on April 14, 2012 and posted his first video on May 10, 2012. Previously he ran a piano tutorials and covers channel titled Piano para Gente Cool that he launched in 2007.

He became the Mexican YouTuber with the most subscribers on the platform with more than 37 million. He provided the voice for Sonic in the Latin American Spanish dubbing of the 2020 movie Sonic the Hedgehog. In August 2020, he launched a podcast called En Cortinas con Luisito.

His full name is Luis Arturo Villar Sudek. He was born and raised in Mexico. He was in a relationship with YouTuber Lenguas de Gato from 2014 to 2019. In August 2020, he began dating model Ary Tenorio.

In March 2018, he posted a video with fellow YouTube stars Wismichu and AuronPlay shopping at a supermarket in Barcelona.

Luisito Comunica Is A Member Of