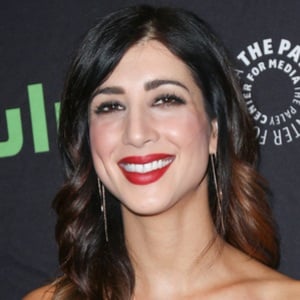 Widely known for her starring role as Kelly Maxwell on the Starz TV series Ash vs. Evil Dead. Previously, she had worked as a regular contributor on The Late Late Show with Craig Ferguson in 2012 as Beth.

She graduated from DePaul University in 2005 with a degree in media communications.

She appeared as the personality Marissa Sanchez on the popular Chicago radio show Mancow's Morning Madhouse. She appeared in Maxim Magazine's Hot 10 in April 2016.

She is of Italian and Sicilian descent.

She has been a co-star of Bruce Campbells on the Starz horror-comedy series Ash vs. Evil Dead.

Dana DeLorenzo Is A Member Of