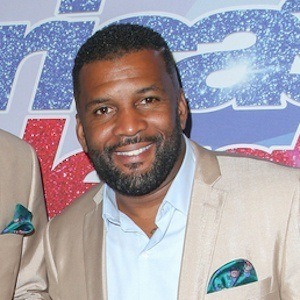 Gospel singer and chief vocal director of the musical group DaNell Daymon & Greater Works. They appeared on America's Got Talent in season 12.

Members of his group come from all over the country, specifically Seattle, Washington, D.C., New York City, Atlanta, and Portland.

His group won the 2011 and 2012 Gospel Fest competition in Seattle, Washington.

He has two sons named Myles and Christian.

He and Erica Campbell are both gospel singers from the US.

Danell Daymon Is A Member Of