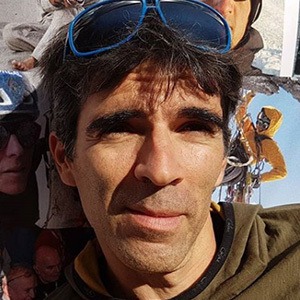 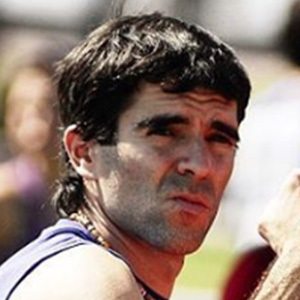 Spanish rock climber who has become widely known as one his country's most accomplished ascensionists, successfully scaling such routes as Chilam Balam, Corazón de Ensueño, and Zarathustra. He took home gold at the World Climbing Championships for the first time in 1997.

He grew up in Madrid, Spain, and began climbing when he was 12 years old.

He was featured in the Laurent Triay film The Fanatic Search.

She and Alex Puccio are both champion rock climbers.

Dani Andrada Is A Member Of